SAND SERIES BARCELONA. THE HIGHEST CATEGORY ITF TOURNAMENT IN THE WORLD, IN OUR CITY 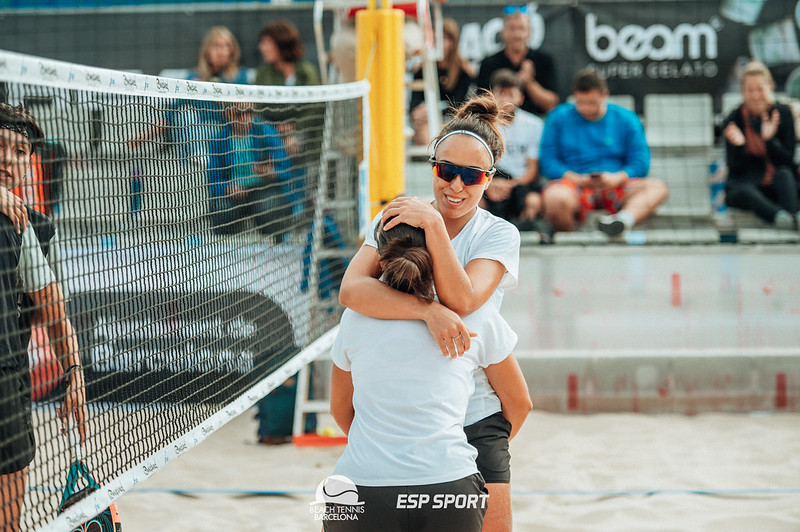 07 Mar SAND SERIES BARCELONA. THE HIGHEST CATEGORY ITF TOURNAMENT IN THE WORLD, IN OUR CITY

Once again, the Barcelona City International Beach Tennis Tournament (TICB) will be led by the Barcelona Beach Tennis Club, which, in this 14th edition, is joining forces with the Catalan Tennis Federation, which has wanted to promote its firm commitment to beach tennis. part of the project. Thus, in 2022 the TICB of Beach Tennis makes a major leap to become a sand series and become a financial endowment of $ 35,000 in prizes, which makes it one of the most important in the world and guarantees the presence of the best players and players in the world ranking.

The tournament, which reaffirms the projection of Barcelona and Catalonia as home to major international events and, especially, sand sports, will host nearly 250 players from around the world while also allowing beach tennis athletes Catalan can take part in one of the most important tournaments on the international scene. The Vall Hebron Municipal Tennis Center will have a large infrastructure to host the various events scheduled for the competition in the women’s doubles, men’s doubles, mixed doubles and Under-18 categories, as well as to accommodate all the public and interested citizens. to know and enjoy the great sports festival that we will live in Barcelona this May.

The organization of the #SandSeriesBarcelona is possible thanks to the alliance of the Barcelona Club and the Federation with the City Council of Barcelona, ​​the General Secretariat of Sport and Physical Activity of the Generalitat de Catalunya, the Real Federación Española de Tennis, as well as tournament sponsors.